Tag Archives: Have a drink at the Algonquin Hotel’s infamous Round Table Room

85. Have a drink at the Algonquin Hotel‘s infamous Round Table Room

Earlier this month I attended a gathering of the Virtuous Circle at the Algonquin Hotel. It’s a private group for writers, editors, publicists, and book types. There is networking, but it’s also an opportunity to connect with others in your field, swap stories and books over lunch — and under the critical gaze of Dorothy Parker. This was clearly the perfect moment to cross #85 off of my Life List. 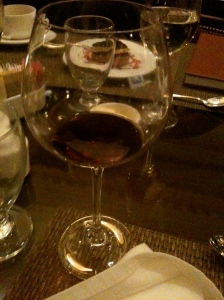 On the day of our lunch, I was having a particularly bad morning. I had turned in a story and was gearing up for my next deadline when I received word a friend’s husband had passed away. Right after that news, my editor called with changes he needed asap, of course. I went into autopilot, made the changes, resent the story, got dressed for the lunch and headed to the Algonquin in a fog and feeling a little emotional.

When I arrived at the roundtable room, I was seated next to author Kaylie Jones, whose book, A Soldier’s Daughter Never Cries, I read at age 18 and discovered a fellow intern I was working with at the time was also reading it. We bonded over our love for the book and later, the movie. That intern became one of my best friends and later, my writing partner. I couldn’t have been seated next to a better person at that moment. Kaylie immediately makes you feel comfortable and part of the conversation. Next to Kaylie was the fantastic Erin McHugh, who helped put the event together with Bethanne Patrick. Erin’s blog (and soon-to-be-book), One Good Deed is inspiring. Both Kaylie and Erin felt like people I’ve known forever. Across from me was authori Jessica Kane, her book, The Report, is next up on my Kindle. On my other side, was Elyssa East, who wrote Dogtown — which I’m starting tonight. Editor Iris Blasi joined our table later on and contributed Put on a Happy Face to our terrific book swap pile. It was also great to meet others I follow on Twitter, including Jennifer Mendelsohn and Delia Cabe, who make my feed fun to read.

When I wrote my Life List, I knew each goal would be an adventure, but what I didn’t realize was how some of these moments would go so much deeper than a simple “have a drink at the roundtable room.” #85 turned a stressed out and melancholy day into a beautiful experience. My only wish is that more of my simple goals turn out to be as fulfilling and soul nourishing as this one. 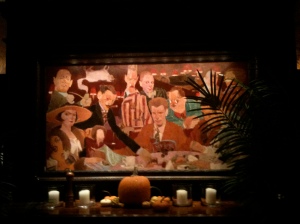