I had meant to see this movie in a theater, where it must look even more stunning on a big screen, but I’m happy I did see it at home. It’s the type of movie I watch once and then watch again immediately, without the sound. It’s a feast for all of your senses, but there’s exquisite visual storytelling that takes place, the nuances of each character, the locations, sets (unless this was all location work, which it looked to be) costumes, and gorgeous second unit shots, that you miss on first viewing.

I Am Love (Io Sono L’Amore) tells the story of a fabulously wealthy Milanese family and their individual loves. At the center of this haute bourgeoisie tale is the Russian-turned-Italian-by-marriage Emma Bovery Recchi, played by beautifully by Tilda Swinton — costumed in a wardrobe of Jil Sander and Fendi — who has an affair that ultimately affects her entire family. Though Emma’s love story is at the forefront of this movie, there are several relationships (between people, work, food, family, friends) among the supporting characters that contribute to the strength of this film. Developed by director Luca Guadagnino and Tilda Swinton over the course of 11 years, I Am Love is reminiscent of another of my favorite Italian movies, The Garden of the Finzi-Continis combined with the 1940-50s Technicolor glamour of Douglas Sirk movies. Even the score, by American composer John Adams, is high-art. A lush, beautiful and truly gripping piece of cinema.  I mean, just look at it. Gorgeous:

One of my favorite Tumblr blogs (or is it just Tumblrs?) is Capucha which follows the life of a little French girl named Capucine and her family, animals, etc. It’s like stepping into a French fairytale or an Anthropologie store come to life. It’s full of whimsy and heart. Capucine’s mom, Anne, is also a talented photographer and has excellent taste in music. Thus, I’m swiping this week’s Listen pick from a recent post where she reblogged a list of music/music videos about photography. This video was completely new to me, so I wanted to pass along the discovery. Check out the rest of the list here. They’re all wonderful.

Nicole Krauss is one of my favorite living authors. Her new novel, Great House, offers more of the exquisite prose and beautiful storytelling she first gave the world in Man Walks Into a Room and The History of Love. I’ve just started Great House and I have already fallen under its spell. Reading Krauss’ writing feels like being under water. Time stops. Everything is quiet and there are no distractions. You are so drawn into the story, you forget to breathe. Inhale deeply and pick up Great House. 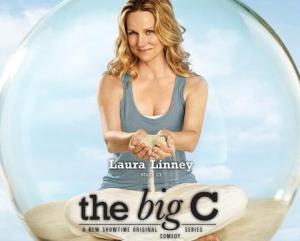 “The Big C.” First, you will read this great profile on Laura Linney from the NY Times Mag. Then, you will watch “The Big C” on Showtime.*  Here’s the thing you need to know about this show: it’s not just about cancer. It’s about life choices and mortality and stripping everything down to its barest minimum. It’s about self-preservation … and no more bullshit. If you’ve ever had to watch someone die, you’ll know what I’m talking about. Before a loved one experiences the Five Stages of Grief, the dying person goes through stages of their own. Most of it is private, but a little trickles through the cracks and affects those around them because everyone knows what’s going on. The interesting things about “The Big C” is that Cathy chooses not to tell or talk to anyone about her diagnosis, apart from her oncologist. We, as the audience, get to see both her internal and external struggle play out on-screen in a way only an actress like Laura Linney could convey: with candor, melancholy, wit, heart, and a smartness that lets you know she’s thinking at least two steps ahead of everyone else. She hasn’t yet dug into vulnerability and, she might not. But I’ll keep watching just to see how the writers and Linney balance such a complex character and keep her real.

*Don’t have Showtime, you say? Well, problem solved! They bleep the curses online though. Assholes.

I assisted on prep for a documentary about Neil Young. I left the job before having the opportunity to meet him, but I did get to listen to early cuts of his album, Prairie Wind. I remember an email he wrote to my boss saying he wrote the album just before his brain surgery, when he was thinking about his life and mortality and finding himself drawn back to his childhood and his father and mother. The email was very straightforward, a little melancholy, but no frills. It was better than poetry because it was the truth. I sat in my office listening to those cuts on my computer, knowing it was a privilege to be able to hear them. It also brought me back to my favorite Neil Young song, which I’ve been playing on repeat lately:

Handler’s books like vodka shots. I started with MY HORIZONTAL LIFE, then laughed my way through ARE YOU THERE, VODKA? IT’S ME, CHELSEA and am now onto CHELSEA CHELSEA BANG BANG. Handler’s books are the perfect summer read for anyone that doesn’t mind their humor biting, a little rough and dirty, and highly entertaining. You read these books more for the stories and witty quips than you do expecting to be dazzled by the prose. But who really gives a shit about prose during the summertime?

From the flap of CHELSEA CHELSEA BANG BANG: 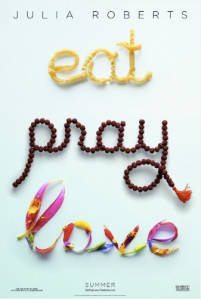 Eat Pray Love. Unfortunately, I can no longer say those words without wincing. I’ll be seeing the movie (somewhat reluctantly and despite bad reviews) this week. Given my past history with the book, and years of Christmas tree-cutting at the Gilbert family farm, the only thoughts I have to share are on everything else surrounding Eat Pray Love.

I read EPL when it was still an ARC (Advance Reader Copy provided to bookstore owners/reviewers pre-pub date). I had loved Elizabeth Gilbert’s STERN MEN and THE LAST AMERICAN MAN is one of my favorites, so I went in with a decent set of expectations. I loved reading Eat Pray Love. Gilbert sculpted her words into a 3-D experience for the reader. I talked up the book around the publishing house, where I worked at the time. It was passed around among the mostly female employees, who all savored it as well. I knew it was going to be a big hit.

The unfortunate part comes with what happened later. After the first Oprah appearance, EPL became bigger than a book. It became a mantra, an all-encompassing experience. Elizabeth Gilbert was deified by Oprah during that second appearance. She was then merchandised for the Home Shopping Network and incarnated by Julia Roberts for the movie. Here’s the thing people keep forgetting: Gilbert is a writer. I think she’s a good writer. I like her work and the subjects she chooses (herself included). Her work is well-researched and you can tell she’s a solid self-editor. She’s also a good storyteller, she’s funny, insightful, and smart. But the proportion of EPL and Gilbert herself has become so overwhelmingly huge, I wonder how she’ll come out from under it all. Her follow up book to EPL, COMMITTED, is a good start. It harkens back to her earlier work, with the addition of some naval-gazing, since, after all, she is still the subject.

Perhaps one day people will see beyond the hype and the backlash and find the writer, a woman who simply shows up every day to have a conversation between pen and paper; to do her job, to fascinate and enrich our knowledge; to entertain us; to make us cry; to be our cartographer, mapping out unknown territory with her words as we turn the page and read about the next journey.

I wasn’t in town for Alice Ripley’s Daily Practice show at BACKSTAGE Dopo Teatro, but some kind souls put up the set on YouTube. They’re all worth watching, but her acoustic version of her song, “Shine On” is killer. Also, great hat.

Lev Grossman’s THE MAGICIANS unfolded slowly and without much magical realism one would associate with a book about magicians attending magic school. Grossman’s book reads like an adult version of “Harry Potter” in both the best and worst ways. The best being the last third of the book, where his magicians graduated from the confines of their magic college, Brakebills, and headed out into the real world to be magicians among mortals.

The downside is the first two thirds of the book. If you’re going to create a magic school, then you’ve got to one-up J.K. Rowling, who set the ultimate bar. Grossman’s Brakebills college of magic is bland by comparison and lacks in … magic. Reading it made me think that this is what all kids must assume adult books are like, thoroughly un-amusing and sensibly grounded. And depressing. THE MAGICIANS hunkers along till nearly the end, then gets so suspenseful, wild and pulse-quickening, I actually yelled to the characters in the book at one point (this has only happened once before). That said, I’m not entirely sure one third of the book is enough to sustain the pages that came before it. Grossman is currently working on a sequel, which I’m somewhat interested in, but if it turns into a series, I don’t think I can commit to reading five or six books that move along slower than the speed of magic.